United Airlines has proven once again that it is the master of messy PR, when it emerged that a dog travelling with its owner between Houston and New York died after having to fly in an overhead locker.

Whilst the facts are still unclear, it appears that the dog's owner was told by United staff to put the family pet in the locker for the three hour flight.

The incident follows the forcible removal of a passenger on an overbooked flight this time last year.

To forcibly remove a passenger and have it filmed is one thing, but to kill their dog is entirely in a different league.

And again, it appears that its PR machine was found wanting.

United was quick to apologise, but the apology showed no warmth or empathy.  It was as if it was penned by a lawyer rather than a PR, and certainly by someone who has never owned a dog.

Admittedly, United is damned whatever it says.  But surely its presumably well-paid PR team should be doing better

Once again, United Airlines is in hot water. Social media users are incensed after a small dog died on a United (UAL) flight. What happened exactly isn't completely clear. One person who claimed to be a passenger on the flight said on Facebook that the flight attendants forced the dog's owner keep it in the overhead bin for the three-hour trip. The airline apologized on Tuesday for the dog's death. "This was a tragic accident that should never have occurred, as pets should never be placed in the overhead bin," the company said. "We assume full responsibility for this tragedy and express our deepest condolences to the family and are committed to supporting them. We are thoroughly investigating what occurred to prevent this from ever happening again." 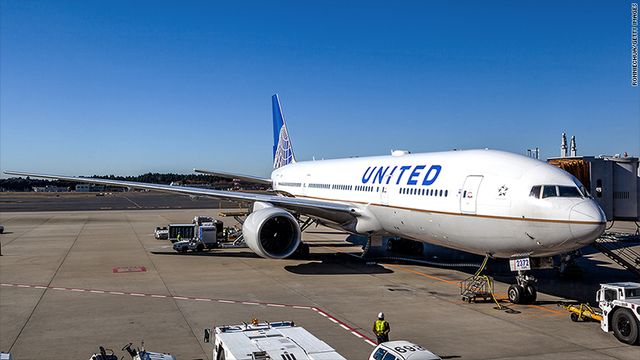 United Airlines is navigating another PR disaster after a dog's death on a flight prompted a strong reaction from social media users United is in a particularly tough spot given its recent history. https://t.co/5yYWEIibTw pic.twitter.com/Oc4XoAh7vH

https://t.co/1sh1BKMzCN filling in my position as “United Airlines PR Mistakes Expert” for CNNMoney