As sure as night follows day, a celebrity divorce will see divorce lawyers and their PR teams spring into action.

My own firm has been guilty of chasing the story for a number of our own clients. It is not a bad thing.  Journalists broadly welcome and use the comments provided.

But there is a new PR challenge. The Times yesterday in its daily legal newsletter The Brief carried a tongue in cheek story.

It said: "One of the great certainties in life is that the moment a couple of Hollywood stars announce they are splitting, a gaggle of lawyers will start clucking as though it was the first time in history that anyone has filed for divorce."

It then went on and named individual firms and lawyers.

And then it damned them all by saying: "To be fair, none of these lawyers really matters, as they will be sitting in the cheap seats with the rest of us for the show."

Perhaps not the coverage these firms were hoping for!

And this is not the first time this has happened. Legal commentator Joshua Rozenberg following one case tweeted that dozens of firms had within hours offered comment, with one firm even emailing two separate versions of a press release the night before with comment on the two potential outcomes.

Legal PRs are in danger of making themselves and their firms look foolish.  Time for a rethink.

Brangelina triggers divorce lawyer clucking One of the great certainties in life is that the moment a couple of Hollywood stars announce they are splitting, a gaggle of lawyers will start clucking as though it was the first time in history that anyone has filed for divorce. Brad Pitt (of Thelma & Louise and the Ocean’s franchise fame) and Angelina Jolie (now more famous for being William Hague’s best mate) are to call it quits, citing irreconcilable differences. 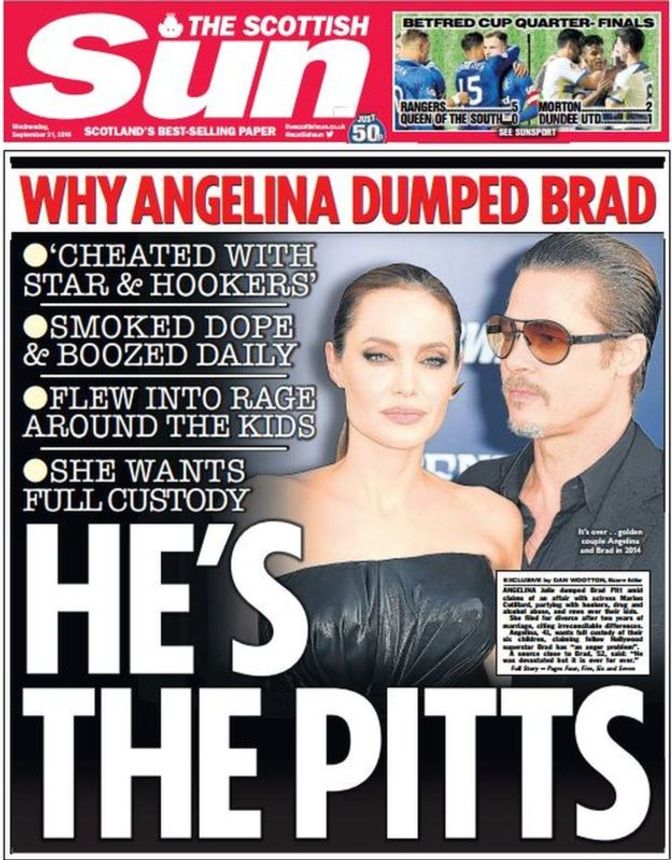